Dr. Honi Bamberger, former Park teacher and mother of two Park alumni, came back to campus to work with our Kindergarteners (including her granddaughter!). Dr. B, as the kids call her, earned her Ph.D. in 1984 in mathematics education, and is currently a professor at Towson University and the Executive Director of MathWorks: Promoting Excellence in Mathematics Education. Dr. Bamberger has served as an associate research scientist and consultant for Johns Hopkins University, a principal investigator for an NSF funded grant given to the University of Maryland, and the lead professional developer for the Disney and NSF funded Mobile Mathematics Initiative (MMI). 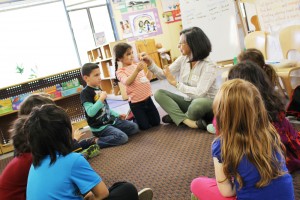 She contributed as a consultant and content writer for the Numbers Alive public television series and has authored articles and books, as well as consulted on mathematics textbook series. Dr. Bamberger has presented her research findings at conferences and seminars across the United States, and has led mathematics institutes in Australia and New Zealand. In addition, she is a highly regarded and respected speaker at state, regional, and national mathematics conferences.

She’s planning on monthly visits to our Kindergarten. Teacher Jo Anne Yamaka writes, “Working with Dr. B, the children made a Venn diagram based on whether or not they had the letter “n” in their first name.  They then counted the letters in their first name and noticed the relationship of the number of letters in their name to the number of empty spaces on the paper strip of ten squares on which they recorded their name. Last, they made a graph based on how many letters there are in their first names. The children loved every minute of this incredibly rich math activity…and so did the teachers!” 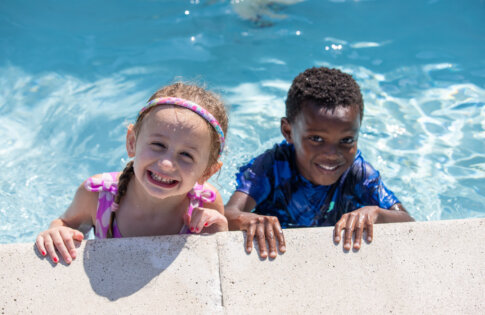